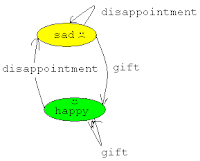 Mean reversion strategies have been very popular since 2009. They have performed exceptionally well for the past 10 years, performing well even during the 2008-09 bear market. Different versions have been popularized, notably by Larry Connors and Cezar Alvarez (previous post) as well as many others in the blog-o-spere such as David Varadi of CSS analytics (DV2) and Michael Stokes @ MarketSci. Some use the RSI indicator, some use a short term simple moving average, some use boillinger bands, etc. The concept is the same: If price moved up  today, it will tend to revert (come down) tomorrow.


Here's a couple of simple mean reverting strategies using a short term RSI (Relative Strength Index) , trading the ^GSPC index. They buy on oversold and sell on overbought. Long only.

Look at the same strategy starting in 1960:

This is telling us that for the last 10 years the market has changed and has become mean reverting. There might be fundamental reasons for this and although it is unlikely the market will return to pre-2000 behavior, it is not inconceivable.

Let's say we traded the oposite strategy. Buy if short term RSI is high, sell if it's low.

As expected, it does well up to 2000, then it's a disaster. Notice that for the period 2010-2012, it has not performed as badly as expected. Others on the blog-o-spere have mentioned this: Mean-reverting strategies have not performed as well starting 2010. 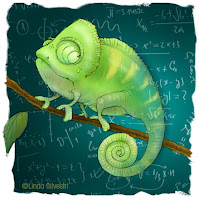 So knowing what we now know, how would an adaptive strategy work.

The Master strategy Includes:
A. 6 Mean Reversion strategies:
Instead of deciding on which RSI period and thresholds to use, we use 6 different versions (RSI(2), RSI(3) and RSI(4), each with different thresholds).
2. One Non-Mean-Revting strategy: If RSI(2) crosses 50 up then buy. If it crosses below, sell.

Allocation Rules:
We measure risk adjusted performance for the last 600 bars for each of the 7 strategies. The top 5 get allocated capital;
Best gets 50% of account to trade with
2nd gets 40. 3rd gets 30, etc.
Total allocation is 150%, meaning if all strategies were trading we would have to use 1.5x leverage.

Up to 2002 the system takes positions mostly in the trend following strategy while starting as early as 1996 mean-reverting strategies start increasing positions and eventually take over by 2004.
Keep in mind that although the graph looks great, there is a 3 year period (2000-2003) of continuous draw-down as the environment changes and the strategy tries to adapt.

You may also notice that the "trend-following" RSI strategy (buy on up, sell on down) briefly started traded in August 2011, after being inactive for 9 years... Something to think about.